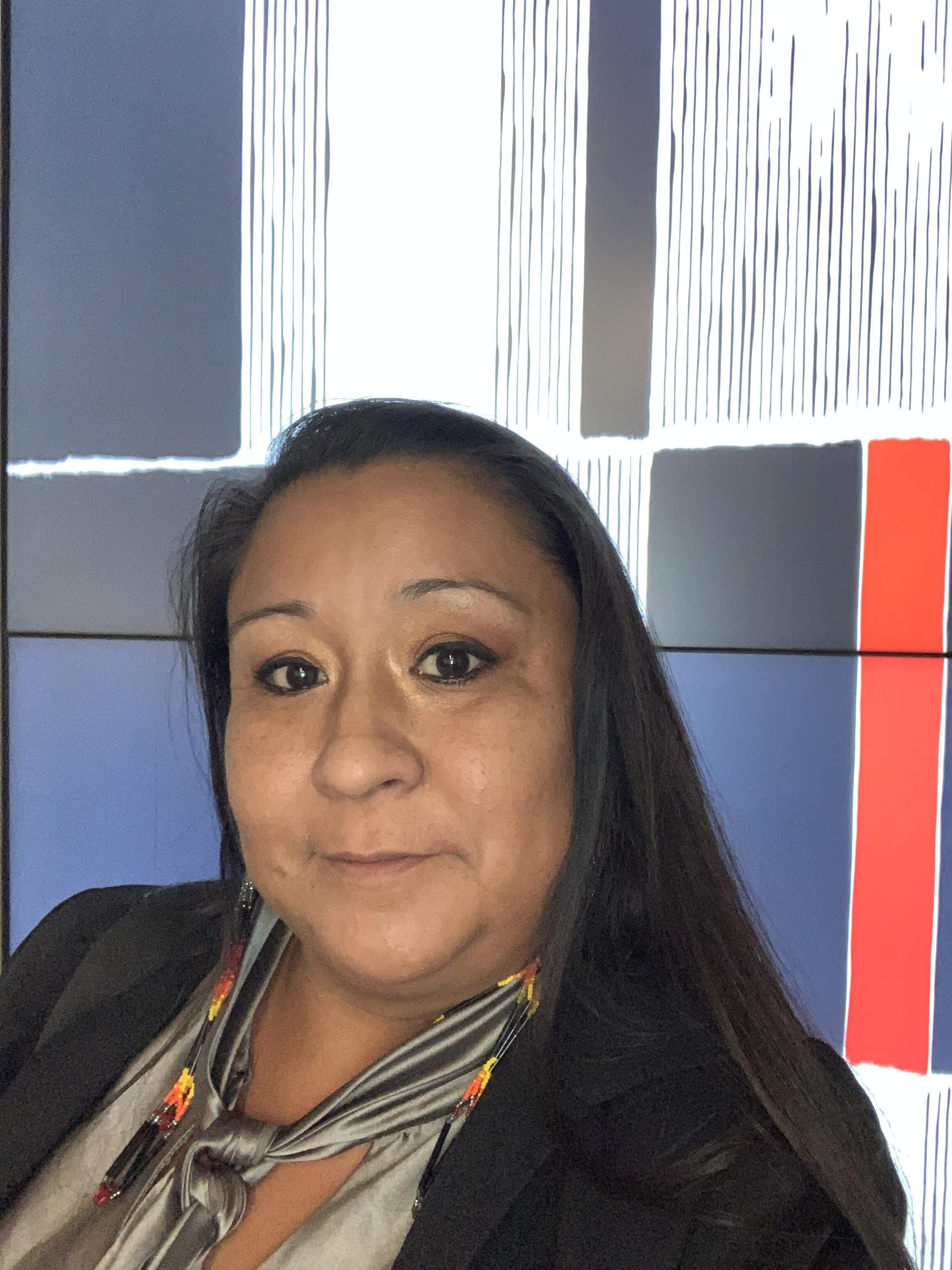 Angela’s ultimate dream isn’t just to afford rent in an apartment; it is to own an entire apartment complex. A full-service building where social services can become important benchmarks for a thriving community.

“[A place] where they [tenants] can come and leave their kids for daycare, but they can also rent if they need a birthday party. They have their copy machines, they have their computers, they have their fax machines, so they could get out their paperwork to WIC to food stamps, to all the schools for all their children. We're forgetting basic human decency, so that's kind of what I want to bring back.”

Being unhoused is a reality Angela knows quite well, having experienced homelessness many times while she was a child.

“We lived like in a truck shed, or the back of a truck. I didn't know until I was maybe six years old that not having a toilet or a shower was not normal because we had a bucket to go to the bathroom,” she said.

The mom of four lives in Oakland, California, and continues to show her resilience on a daily basis.

“It's definitely a roller coaster being a single mother. However, being from Oakland, you grow up with this little, extra thicker backbone,” she optimistically shared, while revealing that wasn’t always her outlook. “I couldn't even see past making it through high school. I never imagined being alive after 18…I've been through hell and I don't want anybody else to go through hell. It always turns out like… when I want to give up, there's always someone [from the community] there.”

Angela’s collection of stories features a variety of heroes. They range from strangers who encouraged her to never give up, a homeless man who protected her, and even a high school history teacher who nudged her to apply for college. Ultimately becoming her own hero, Angela graduated from San Francisco State University with a bachelor's degree in psychology. Now she wants to pursue her master's degree.

“It was one of my dreams to eventually, hopefully, be a therapist or a doctor,” she shared.

Currently, Angela is trying to secure a part-time gig, after making what she says was a tough decision to quit her full-time job.

“I resigned from my last position. I was a job developer, working with parolees. It'd be my job to find them placement, whether it's housing, jobs, education, anything,” she explained.  “I kind of had to take a step back because when we're trying to put all the blocks together for our children, and you're a single mom, if there's no one else to pick it up, we have to pick it up. And so sometimes if we don't have a boss that's willing to work with me on that, we can't stay. I had to make the choice for my children's benefit and wellness.”

Understandably, resigning from her job has taken a financial toll on her and her family. However, Angela did find a bit of relief when she started receiving $500 investments for 18 months through the Oakland Resilient Families Guaranteed Income Pilot.

“I would only have my $200 for child support. So with this $500, I only have $700 a month now, but that just gave me a little niche to be there for my kids. We need to know that we can ask for help and it's not embarrassing, or it's not going to be belittling or a problem,” Angela said while also expressing faith in her fellow pilot participants and the connection she now shares with them. “Anybody who’s involved with UpTogether, I’m sure, are the type of people who take initiative, who want change, who want to see it better, and those are the type of people that I want to be involved with.”

Mirna lives in Albuquerque, New Mexico and has been an UpTogether member since 2015. She found out...
Read More

Imagine being someone who served in the armed forces, works as a nurse, a dance ministry...
Read More

Trayce’ B. realized she wanted to shift her personal perspective and her family’s narrative around...
Read More