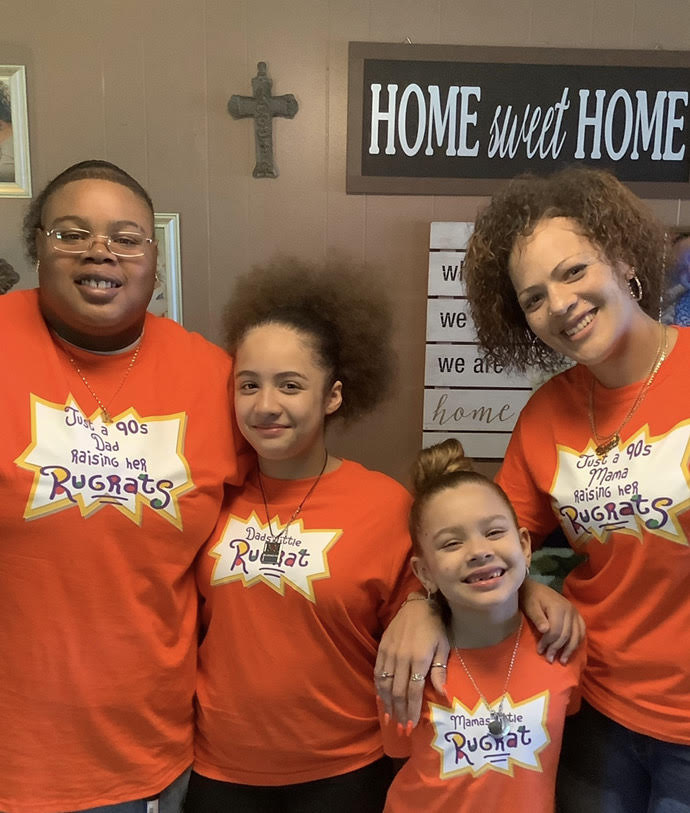 San Antonio Family Gets Connected to UpTogether Right on Time

Kristin has lived in San Antonio for the majority of her life. She’s tried to live in several different places, California, Oklahoma, and Texas, but nowhere seems to compare. “It’s where I feel like I belong,” Kristin explains.

She is passionate about her community, making memories with her two daughters and being creative. Kristin often donates clothes and toys that her family no longer needs to women’s and children’s shelters. On Earth Day, she went with her daughters and her partner to clean up a local park and plant flowers.

Being creative comes naturally to Kristin. She does her own nails, she paints and she draws. “I can literally make something out of nothing.”

She learned about UpTogether while during a Zoom call hosted by the Texas Workforce Commission, they were sharing various programs that were available in the community. As attendees were making introductions during the call, Kristin mentioned she was seeking support and another woman sent her the link to apply for the VELA Fund.

“I did it and I’m so glad she told me about UpTogether that day. I used [the funds] for the electricity bill and the water bill, they were really behind. They were also used to get my kids some new shoes. They grew like crazy last year. I was able to stop myself from losing my water and lights,” Kristin says.

Kristin is motivated by her daughters and has a goal to purchase a house so that they can play outside more often.

Carema loves Detroit for it’s diversity. “It’s people from all walks of life here. One job I work...
Read More

Born and raised in Detroit, Lionel sees a lot of potential in his city. “The neighborhoods could be...
Read More

Montana Mother Goes from Homelessness to Camping Outdoors with Family

Bianca was raised in Montana and has lived there for most of her life. She moved to Nevada for a...
Read More