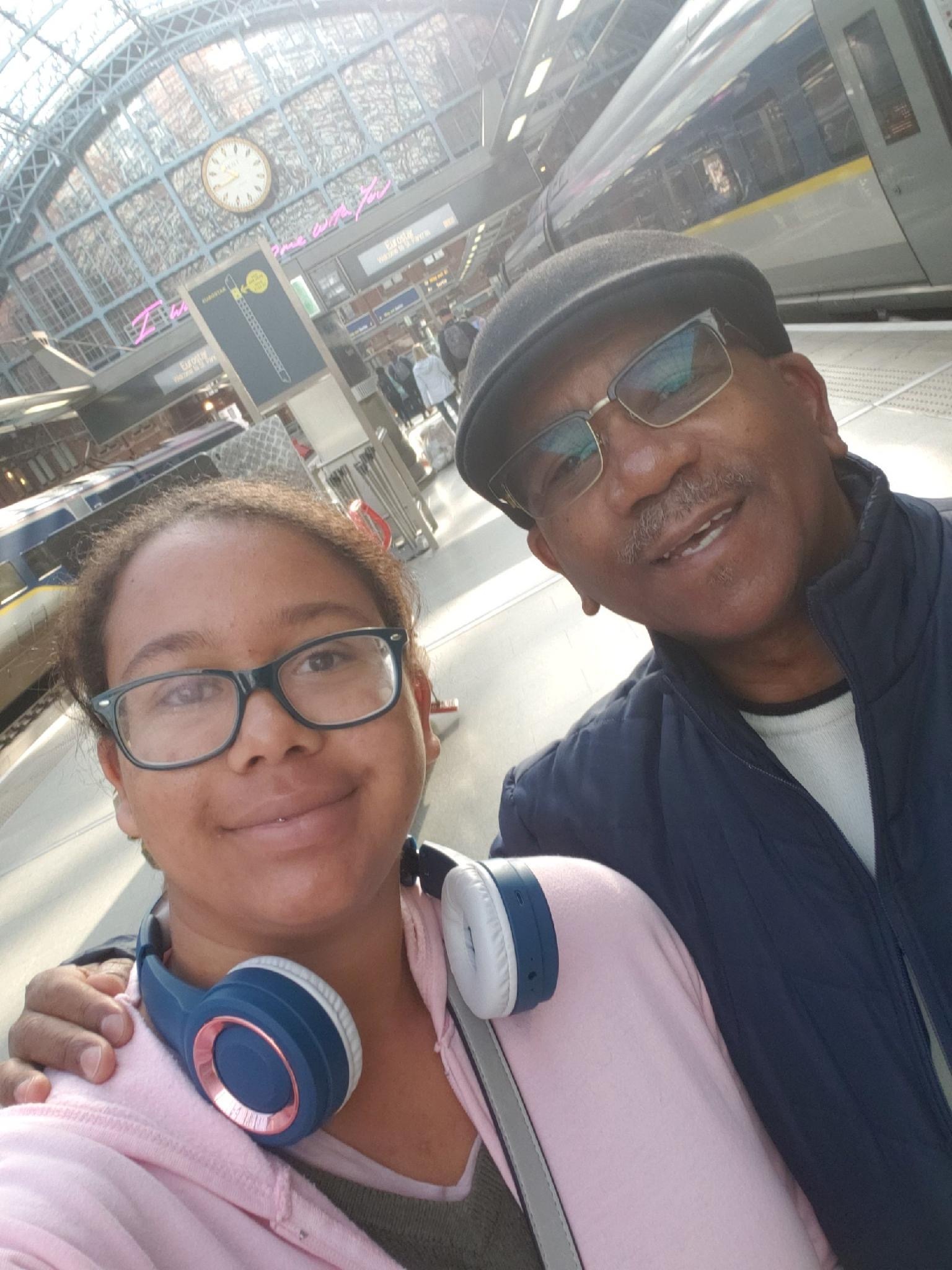 “I remember when my dad passed away - there would be envelopes stuffed under the door with money [from] the people in the neighborhood. Some of the families had a little bit more than others, and they would just give,” remembered William, a proud father who received a crash course in the value of his Oakland community, at an early age.

William was born and raised in Oakland, California until soaring rent prices coupled with gentrification, forced him to relocate about a 30-minute drive east, to the city of Pittsburgh. It’s where he raised his 18-year-old daughter, Evelyn.

The two share a unique bond—they are both movie buffs, and he appreciates how comfortably Evelyn speaks up for herself.

William used some of his early UpTogether investments to take the honor roll student on a college campus tour along the East Coast. Overflowing with hope and excitement for her future, he recently moved Evelyn into her dorm room, making her the first person in their family ever to attend college.

“The college she eventually chose, The University of the Pacific, was not even in the running. I was certain she would choose a college in Virginia. When we arrived at the campus, Evelyn remembered visiting this college as a sophomore in high school. [She] landed a great package of scholarships, financial aid, work-study, and other benefits,” he proudly explained while reflecting on how far they’ve come.

“When I joined UpTogether, I think she was like nine years old. And so she's experienced this journey with me."

The journey includes lanes for action, equity, and social justice. The single dad considers himself a community advocate.

“I think I always believed in civic engagement. I started off volunteering in my daughter's school. I'm a part of so many different committees and advisory boards and steering committees, all trying to make an impact.”

He isn’t shy about sharing how the power of community poured into his life shortly before Evelyn was born.  He had just moved to Pittsburgh and life, as he knew it, began to crumble. He was diagnosed with cervical stenosis - a degenerative spinal condition. Then the expectant father lost his job.

“I lost my apartment, lost all my belongings in storage, and ended up living with a family friend. Without that family friend, I really don't know where I would be. I can't even explain to you the devastation of that experience. I can't articulate it because it's all just bottled up in me.”

Losing everything in one fell swoop was understandably difficult, but William was determined to find a deeper meaning behind the shift in his life’s trajectory.

“It just dawned on me - I will have time. This is a commodity that I never had before,” he continued. “Time to spend with my daughter, literally time to raise her. Time to think, time to plan, time to invest in how I was going to use my time.”

The former UpTogether fellow is a member of the UpTogether Builders group that meets monthly to provide recommendations for improving the UpTogether experience for individuals and families nationwide. He’s also a firm believer in the concept of pooling resources in order to accomplish goals. Wiliam was part of the Leadership Circle, which brought members together from different UpTogether groups to motivate each other and share ideas.

“I remember we were all fired up. We wanted to do something in the community… and so we decided to put together this program that would bring families out camping,” he recalled. “40 families signed up and not only did we camp, we went water rafting and just [had] an experience that they would never forget.”

To William, the trip validated his beliefs that so much is possible if people are willing to work together.

“To me, community means family and solidarity. It means sacrifice and the sharing of responsibility to lift up minds and voices and the hope of our youth.”

Trayce’ B. realized she wanted to shift her personal perspective and her family’s narrative around...
Read More

Navigating everyday life with limited income is not easy, but for Chloe, she built a new life for...
Read More

When we hear the phrase “born again,” we usually think of a spiritual conversion. In contrast to...
Read More